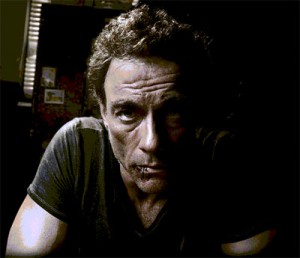 It’s great to see JCVD’s return to the big screen with  what will hopefully be a brutal action film.  It has been too long.  Jean Claude returned to the screen a few years ago with his critically acclaimed part documentary part fiction film ‘JCVD’.  I couldn’t believe how amazing Van Damme was in this movie.  He absolutely deserved an acting award.  Now it seems with his upcoming film ‘Assassination Games’ which has already been picked up by Sony, Van Damme will head another production called ‘Six Bullets’.

“In the film, Van Damme will play an ex-mercenary kidnapping expert hired by a martial arts fighter whose daughter has gone missing.”  ‘Six Bullets’ will have a ten million dollar budget and will start filming sometime in August.  I am hoping this will be as hardcore and fun as the latest Rambo film was.  I thin that is where JCVD needs to go now.  I think he can do it.  I am looking forward to him reviving his career once again.  Tarantino needs to cast him in a film.