Bryan Has a Sit Down With ‘The Secret Life Of the America Teenager’ Volume 6!!! (A Review) 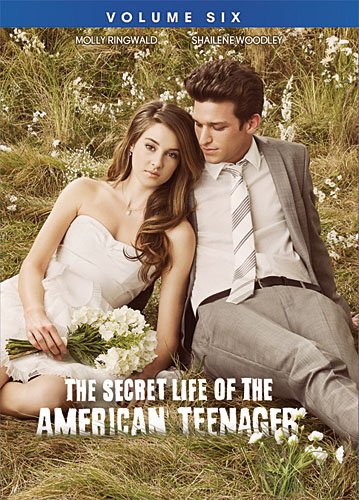 So I went in to this tv series not knowing anything besides that it is on ABC Family and that it has Molly Ringwald in it.  So after reading about it, I thought to myself, this sounds a little like ‘Juno’, but I was very skeptical.  So basically ‘The Secret Life of the American Teenager’ follows a teenage girl named Amy Juergens who becomes pregnant in High School and how she deals with al of the consequences of being a teenage mother.  Sounds like Juno right??

At first glance of this tv show, I was thinking it was going to be very trashy and just for the most part very unrealistic.  But to my surprise, it is done very well.  Very classy.  I can see why people get into this show.   Now the acting in the show is just truly god awful with the exception of some of Ringwald’s performances, but man, if you can get pass the acting, which you should be able to do afte the first few episodes, then I think you’ll be sucked into this little gem of a show.  One gripe I have about this DVD is that I just personally hate when studios release their tv shows in volumes rather than in complete seasons.  It gets confusing.  So while this is volume 6, it is technically still Season 3.

This season is seems there is a new pregnancy and the sound of wedding bells between two characters by the name of Ben and Adrian.  As for the main character Amy, she tries her best to get the father of her child to consider marriage as well.  This show really does a good job at depicting  teenage life more so than the other dribble you might find on MTV or  other networks.  I can see what ABC Disney is trying to do here, and they have a formula that works. I’d hope for better dialogue and better acting, but maybe the demographic watching that doesn’t notice things like that.  All in all, while this is not my cup of tea, I have no doubt in my mind that people can get sucked into this show and actually enjoy it.  By all means ABC Disney is doing something right with this show.

The video is not in HD but is presented 1.78:1 anamorphic widescreen and is fairly vibrant throughout in color.  There were some pixelation problems here and there, but the overall look was good for DVD quality.  Picture was sharp, colorful, and with minor flaws.  The audio is a Dolby Digital 5.1 sound that is crisp, clear, and poignant.  There is not a whole lot of surround with this show, being that it is mostly dialogue driven, but that’s understood.  But the front speakers sound great. 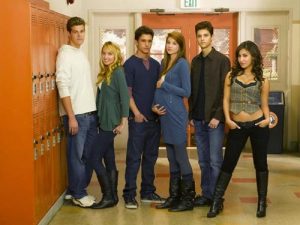 NO extras???  With this kind of show, you should have some sort of commentary or interviews with cast and crew.  At least some deleted scenes.  All you get are some ipod skins to sticker on.

Not as bad as originally thought to be.  This show can speak to a wide generation of teenagers.  It’s a good message and done with a lot of class.  Acting and writing is bad, but you can see what they are trying to do and it works.  There are no extras to speak of which is a drag and there are twelve episodes in the set.  I think there is something good here.