Johnny Depp To Star In Remake of “The Thin Man”!!!!

Actor Johnny Depp and director  Rob Marshall announced together that they will be teaming up to remake the 1934 classic “The Thin Man”.  Rob Marshall is the director of the upcoming Pirates Of The Caribbean sequel.  “The Thin Man” is a comedy about a retired detective (Nick) and his rich fun loving wife (Nora) who solve murder cases for the fun and hell of it. 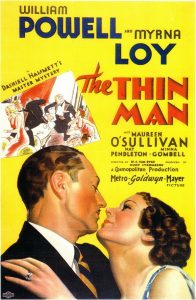 Nick will be played by Depp, but I assume that the hunt is on for the Nora character.  Jerry Stahl will be writing the screenplay.  Stahl wrote Bad Boys 2.  LOL.  In addition to that Stahl wrote episodes for ALF and CSI.  So I guess we can expect….well something I guess.  “Shit’s gonna get real”.

Read the whole story at Vulture.