Check Out The Box Cover Art For The Star Wars Bluray Sagas!!!

It has been a fun day filled with Star Wars so far.  I just got images for the three sets that will be released.  All hail the Star Wars Saga Blu-Rays!!! 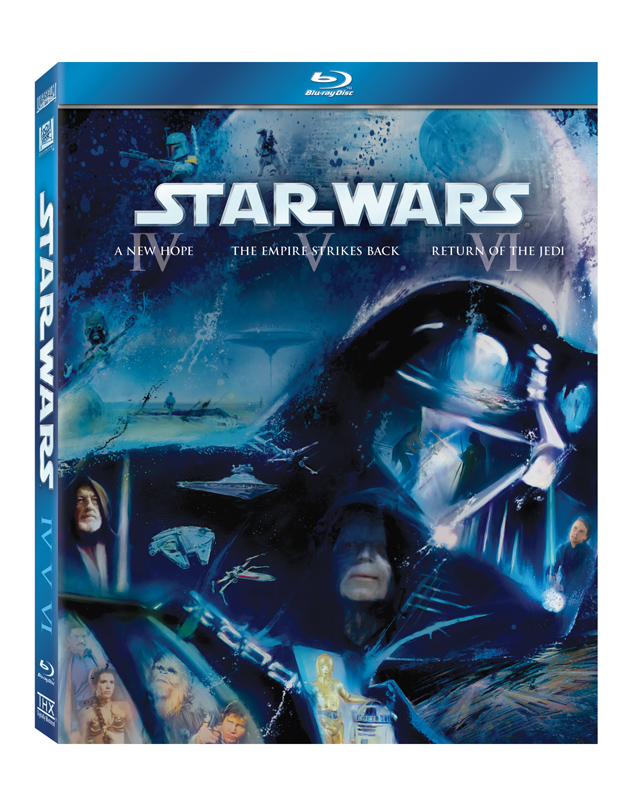 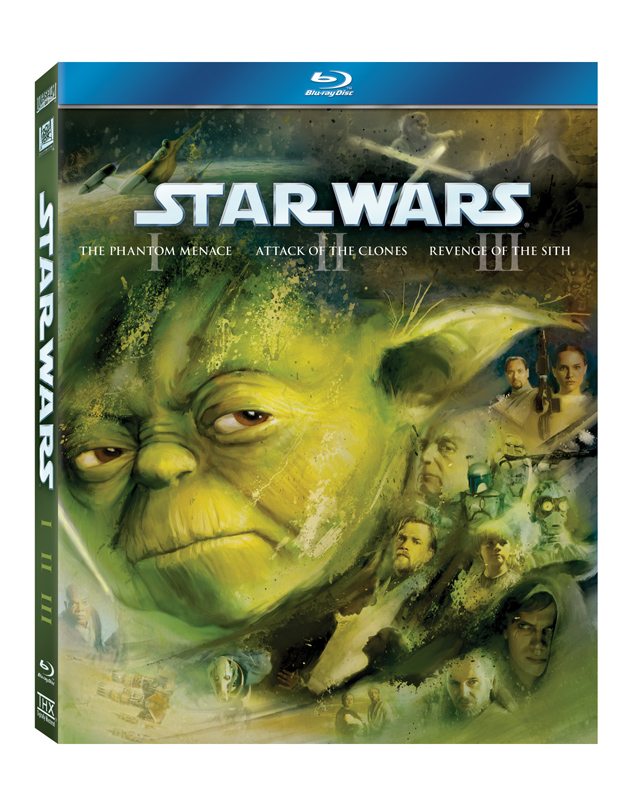 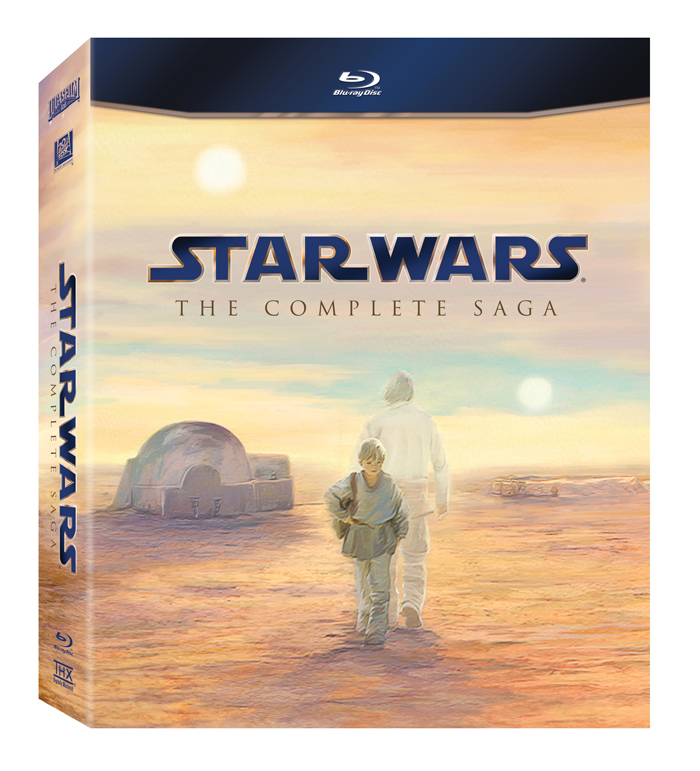 “Bring home the adventure and share Star Wars™ with your whole family – when STAR WARS: THE COMPLETE SAGAcomes to Blu-ray Disc from Lucasfilm Ltd. and Twentieth Century Fox Home Entertainment! To be released beginning on September 12 internationally and on September 16 in North America, the nine-disc collection brings the wonder of the entire Saga direct to your living room, where you can revisit all of your favorite Star Wars moments – in gorgeous high definition and with pristine, 6.1 DTS Surround Sound. Dive deeper into the universe with an unprecedented 40+ hours of special features, highlighted by never-before-seen content sourced from the Lucasfilm archives.

STAR WARS: THE COMPLETE SAGA ON BLU-RAY is presented in widescreen with 6.1 DTS Surround Sound. Special features include:

DISC ONE – STAR WARS: EPISODE I THE PHANTOM MENACE

Including: deleted, extended and alternate scenes; prop, maquette and costume turnarounds; matte paintings and concept art; supplementary interviews with cast and crew; a flythrough of the Lucasfilm Archives and more

NEW! Star Warriors (2007, Color, Apx. 84 Minutes) – Some Star Wars fans want to collect action figures… these fans want to be action figures! A tribute to the 501st Legion, a global organization of Star Wars costume enthusiasts, this insightful documentary shows how the super-fan club promotes interest in the films through charity and volunteer work at fundraisers and high-profile special events around the world.

NEW! A Conversation with the Masters: The Empire Strikes Back 30 Years Later (2010, Color, Apx. 25 Minutes) – George Lucas, Irvin Kershner, Lawrence Kasdan and John Williams look back on the making of The Empire Strikes Back in this in-depth retrospective from Lucasfilm created to help commemorate the 30th anniversary of the movie. The masters discuss and reminisce about one of the most beloved films of all time.

NEW! Star Wars Spoofs (2011, Color, Apx. 91 Minutes) – The farce is strong with this one! Enjoy a hilarious collection of Star Wars spoofs and parodies that have been created over the years, including outrageous clips from Family Guy, The Simpsons,How I Met Your Motherand more — and don’t miss “Weird Al” Yankovic’s one-of-a-kind music video tribute to The Phantom Menace!

The Making of Star Wars (1977, Color, Apx. 49 Minutes) – Learn the incredible behind-the-scenes story of how the originalStar Wars movie was brought to the big screen in this fascinating documentary hosted by C-3PO and R2-D2. Includes interviews with George Lucas and appearances by Mark Hamill, Harrison Ford and Carrie Fisher.

The Empire Strikes Back: SPFX (1980, Color, Apx. 48 Minutes) – Learn the secrets of making movies in a galaxy far, far away. Hosted by Mark Hamill, this revealing documentary offers behind-the-scenes glimpses into the amazing special effects that transformed George Lucas’ vision for Star Wars and The Empire Strikes Back into reality!

Classic Creatures: Return of the Jedi (1983, Color, Apx. 48 Minutes) – Go behind the scenes — and into the costumes — as production footage from Return of the Jedi is interspersed with vintage monster movie clips in this in-depth exploration of the painstaking techniques utilized by George Lucas to create the classic creatures and characters seen in the film. Hosted and narrated by Carrie Fisher and Billie Dee Williams.

Anatomy of a Dewback (1997, Color, Apx. 26 Minutes) – See how some of the special effects in Star Wars became even more special two decades later! George Lucas explains and demonstrates how his team transformed the original dewback creatures from immovable rubber puppets (in the original 1977 release) to seemingly living, breathing creatures for the Star Wars 1997 Special Edition update.

Star Wars Tech (2007, Color, Apx. 46 Minutes) – Exploring the technical aspects of Star Warsvehicles, weapons and gadgetry, Star Wars Tech consults leading scientists in the fields of physics, prosthetics, lasers, engineering and astronomy to examine the plausibility of Star Warstechnology based on science as we know it today.”

Well so far, that is it for this morning.  Tons of extras.  I think it will be pretty cool to see deleted scenes, especially that one where Luke is building his lightsaber.  We saw a clip of that a while ago in a preview for this epic saga.  You can to the EPIC STAR WARS SAGA SITE HERE and see some images and according to the site, if you share the information thru various social networks, new images and info will be released in the coming days.

Now on Amazon all three different sets in the saga are quite cheap at the moment.  The entire six film saga is currently going for $89.99 while the two separate trilogies: Episodes 1-3 and Episodes 4-6 are going for $44.99 each.  So pre-order today and if these releases are anything like the previous releases, you can expect them to go out of print at some point.