Apple Planning Major Announcement!!! But Don’t Get All That Excited!!! It’s Not A Human Centi-Pad!! 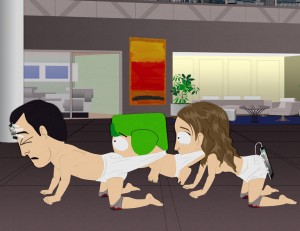 Some news outlets are reporting that Apple is planning a huge announcement which some people are guessing that it will be some major new product.  I however believe this to be different.  Although I really hope it is an actual Human Centi-Pad they will be announcing.  How awesome would that be??

So speculation has started that Apple will unveil something huge for its 10th retail anniversary.  Some people are thinking new product, but I am thinking it will be less than stellar.  I am thinking it will have something to do with the actual stores themselves.  Apple Store 2.0.  That shit just makes me laugh.  Here are the secretive details:

So with that information, what is Apple have up its sleeve?

According to 9-5 Mac, “Apple will be rolling out a number of enhancements to its stores including dedicated “Startup Sessions” areas for personal setup, iPad-based signage and information stations next to display machines, and new visual displays and sound systems. Finally, the company is said to be rolling out a revamped Apple Store application for iOS devices to assist customers with their in-store experience.”

Why I think upgrading the store is a good thing, I don’t think it is worth a “big announcement” or anything like that.  Personally I think it is kind of lame.  Maybe Apple will surprise me.  But short of a Human Centi-Pad, I don’t think I will be impressed.

Apple is expanding its internet infrastructure with a new huge data center in Silicon Valley according to this site.  “The new data center will provide additional IT capacity at a time when Apple is rumored to be developing new cloud computing services delivering streaming media, which could include music, video and file storage. Apple has reportedly acquired the domain name iCloud.com for use with a new service.”

One of my initial thoughts was that Apple was going to compete with Netflix with their own brand.  Who knows.  I guess we will find out soon.