A Couple of Bin Laden Films Already In The Works!!!!

So by now, we all know that President Obama ordered the badass assault on Osama Bin Laden this past week when a team of highly trained brutal ninja Navy Seals stormed a mansion and took out the terrorist leader.  Now considering all that intelligence, and all the weapons, the combat, the blood, and the headshot that killed Osama, this would make one BADASS film.  I’m thinking Expendables meets Commando.

So as of right now on Deadline, there are two projects being talked about with all this news of the Osama killing.  One of the projects that is being talked about is called “Kill Bin Laden”.  Kinda cool if it would be like “Kill Bill” right???  This project is being led by Kathryn Bigelow who directed and won the Oscar for “Hurt Locker”.  This film was going to be about an unsuccessful mission to kill Bin Laden, but with recent news, this will be changed and could be fucking awesome if they do it right.

Another project that is being talked about right now is called “Jawbreaker” which is based on Gary Bersten’s book about the military mission in Tora Bora, Afghanistan in late 2001. 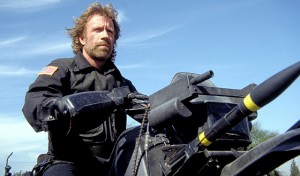 So with all this recent news and the details on how this was executed, I think you can make one hell of an awesome action film.    Look at the facts.

– #1 Terrorist leader is found and ordered to be killed

– tons of guns and explosives were used

– a mansion was the place of combat

-no ninja Navy Seals were harmed

– Evil is fucked up and killed 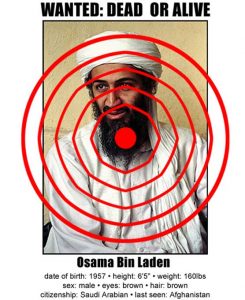