We Have a Few Images From the “Fright Night” Remake To Sink Your Teeth Into!!!!

You have probably heard that they are remaking the AWESOME 80’s vampire horror film, “Fright Night”  about a vampire bachelor who moves in next door to a kid and his mother.  The kid sees the guy next door turn into a vampire and kill people, but nobody believes the kid when he tells them what he saw.  Would you?

Th remake is starring Colin Farrell, Imogen Poots, Anton Yelchin, Christopher Mintz Plasse (McLovin), Toni Collette, and David Tennant.  Now the remake is going to be PG-13 rather than the “R” rating it got in the 80’s.  I’ll be honest, this does bug me, but it is only a mere worry.  I think they can pull it off with a PG-13 rating, but my hopes won’t be high.

Below are the images.  One thing for sure….I am looking forward to Mintz-Plasse doing the role of Evil Ed and his transformation.  Could be great. 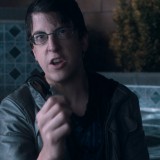 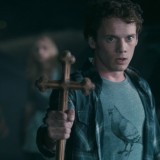 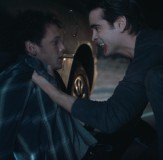