Kate Beckinsale Offered The Sharon Stone Role In The Remake Of Total Recall!!!

More casting news to the upcoming remake of Total Recall that is starring Collin Farrell and recent evil villain Bryan Cranston (Breaking Bad)  SEE HERE.  According to Deadline, Kate Beckinsale (Underworld) has been offered the role of Lori (the Sharon Stone role from the original Total Recall).

Some interesting news about this is that director Len Wiseman (Underworld & Live Free Or Die Hard) is also directing this remake of Total Recall and just happens to be married to Kate Beckinsale.  Kate Bosworth and Diane Kruger were reading for the Lori part while Rosario Dawson, Jessica Biel, Eva Mendes, and Paula Patton have been reading for the Melina role.  It makes a whole lot of sense that husband would ask wife to take on the part though.  And I like Kate Beckinsale enough to take on this fun role.

Now Beckinsale has not officially accepted the role yet, but come on now, she is going to.  Formalities.  She is busy right now making yet another Underworld film.  The 4th installment of the franchise which her director husband is somewhat involved.

I think this is a good choice.  Beckinsale can do this.  Your thoughts? 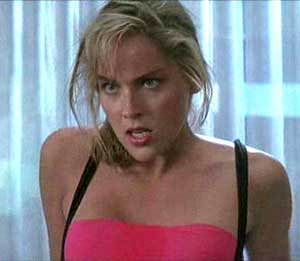 One thought on “Kate Beckinsale Offered The Sharon Stone Role In The Remake Of Total Recall!!!”