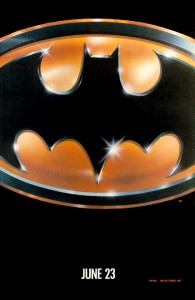 I haven’t done a geek deal in a while, but I promise, they will return back to normal meaning daily or every other day sooner than later.  So moving on, the Geek Deal (not of the day) but of the week is the complete Batman Anthology on bluray for less than $27.00.

Yes the Michael Keaton, Val Kilmer, George Clooney Batman films.  And yes it does include the ridiculous Batman & Robin film.  I cannot wait to get my group of film geeks and watch Batman & Robin again and heckle the shit out of it and drink ourselves until we actually think the Bat Nipples were a good idea.  Plus for $26.99, you kinda have to get this set.  Batman + Prince + Bat Nipples = GOLD!

The set is as follows: