A Director Has Been Named for “The Crow” Remake!!! 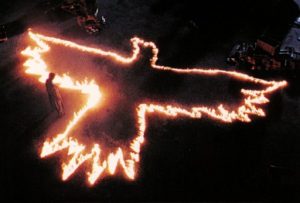 How long have we been hearing about the Crow reboot???  Seems like forever now.  Well for a while, it seems like director Juan Carlos Fresnadillo (28 Weeks Later) has been in talks to direct this CROW revamp. Well according to The Hollywood Reporter, this is set in stone.  At some point, Nick Cave (yes that Nick Cave) wrote a screenplay for this re-launch, but has since been held.  Juan has replaced Stephen Norrington (Blade) as director.

It is very sad that they are most likely not going to use the Nick Cave script and more likely to bring in a new writer.  So Juan has a new film he is working on starring Clive Owen called “The Intruders”.  We will keep a close eye on that film and see how well it does at the box office.  If it does well, there is no doubt that the “Crow” film will start filming, but if “The Intruders” happens to be a flop, then I bet the “Crow” will be on hold yet again.

Only time will tell.

One thought on “A Director Has Been Named for “The Crow” Remake!!!”