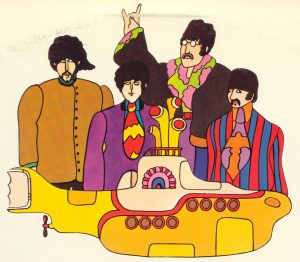 According to the Hollywood Reporter, the much anticipated digital CGI remake of The Beatles film, “Yellow Submarine” is not going forward.  The film was going to be directed by director, Robert Zemeckis (Back to the Future, Forrest Gump, Who Framed Roger Rabbit).

The film was going to have the Beatles portrayed by: Cary Elwes (the “Saw” movies) as George, Peter Serafinowicz (“Couples Retreat”) as Paul, Dean Lennox Kelly (“The Worst Week of My Life”) as John, and Adam Campbell (“Harper’s Island”) as Ringo.

But alas, the Reporter said Disney has not decided to go forward with this mega budget film due to the box office failure that is “Mars Needs Moms”, which was produced by Zemeckis.  They used the live motion capture CGI technology to make Mars Needs Moms.