Stifler and the Gang To Return For Some More Pale Ale In Another “American Pie” Film!!! 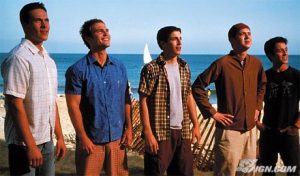 Universal Pictures is wanting to create another box office hit by returning the entire “American Pie” gang for a fourth installment of the awkward and funny as hell franchise.  It is said that Jason Biggs, Sean William Scott, and Eugene Levy have already signed on for the fourth installment.

In addition to that casting news, there are deals being made right now for Thomas Ian Nicholas, Tara Reid, Chris Klein, Mena Suvari, Jennifer Coolidge, and Eddie Kaye Thomas.  The news did not mention Alyson Hannigan, but she is listed on IMDB as part of the cast.

Paul and Chris Weitz, the brother directing team of the first American Pie film will be signed on as executive producers and had some interesting things to say about this sequel that is happening.

“I know that Universal wants to do it. We want to be involved in it. Because of the affection we hold for the story and the characters. We want to get as many former cast members back as possible.  In some ways, like any reunion, it would be about the nostalgia element. For the time that it came out. For how people felt when they first saw it. And now to experience it again with all the pathos and humor that implies.”

It is rumored that the film will center around their 10 year high school reunion.  Their characters are around the 28-30 years of age so, that seems about right.  That would be quite fun to see how everyone has evolved and the crazy antics they all get into.

I think it could be funny if they get everyone to return.