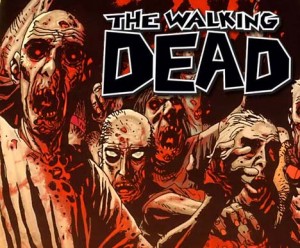 There was a Walking Dead Panel this past weekend over at C2E2 and tons of information and cool news was revealed about the season 2 of the hit zombie show, “Walking Dead”.

At the panel, it was stated that Stephen King is currently in talks to write an episode of Walking Dead for its 2nd season.  Showrunner Frank Darabont and Stephen king have a long relationship in film.  They both worked on The Green Mile and The Shawshank Redemption, and The Mist.

Jon Berthnal who plays Shane on the show, said that Darabont most likely will not direct the 2nd season premiere but will direct an episode or two later on in the season.

It was also noted that the 2nd season is going to get extremely brutal and dark, even more so than the 1st season which was very intense.  The 2nd season will follow Rick and his company to Hershell’s Farm.

Laurie Holden who plays Andrea on the show said, that her character will deal with her suicide attempt and the after math of that whole ordeal from the season finale in this new season. 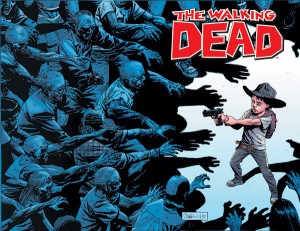 Also, Shane’s relationship with Rick, Carl, and Lori will become complicated and will bring out the “best and worse” in him throughout the 2nd season.  he was asked if his fate will come a reality like in the comic, but he said he does not know anything yet.  The writer’s room is full on open now, and all sorts of story lines are being developed right now.

Both Laurie and Jon said that they know everyone wants them to get to the prison, but they do not know if the 2nd season will be the season that happens in.  There are too many story lines that will be played out for the “prison” story line to take place, but they ended on “that it might”.

Laurie also stated that the characters of Tyrese, Michonne, and The Governor, will make themselves known come season two.

This is all sorts of awesome news.  Halloween can’t come soon enough.

Read the whole coverage and see the video interviews over at IGN.

One thought on “Stephen King Hops Aboard Walking Dead Plus Other Season Two Tidbits!!!”