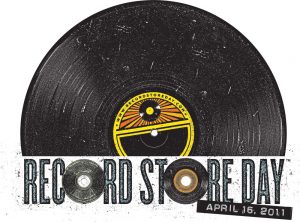 Numerous independent music retailers across the country banded together to honor the life blood of indie record stores, teaming up with with record labels, bands and now film companies and distributors to offer exclusive releases for the hardcore fans.

Now that you are in the know details of this year’s exclusive releases have been pouring in like flood waters, and thanks to the fine folks at Wax Poetic, they’ve been able to track down an ever-growing list of the exclusive releases that have been planned. As of this post, some 240 releases have been announced, but not yet entirely confirmed by the RSD people. Most of what has been revealed has been through various press outlets, blogs and by the bands and labels themselves.

If you are fans of Eric Clapton, Ryan Adams & The Cardinals, ZZ Top, The Beach Boys, The Rolling Stones, Freddie King, The Decemberists, Queen, The Strokes, Bruce Springsteen, Phish, AC/DC, Deerhoof, Green Day, Jimi Hendrix, Ozzy Osbourne, Pearl Jam, Red Hot Chili Peppers, The Ramones, Tom Petty and such the like get ready to salivate and obsess over the treasures that await. Take a gander over at the Wax Poetic blog for their current release list (and be sure to check back periodically for additional release info.)

Mark your calendars for Saturday, April 16th if you haven’t already. You may want to get to your local indie record store early, too, as all of these RSD releases are extremely limited and will more than likely be sold ‘first come first served’ basis.

As mentioned in my previous RSD post, Dallas locals will want to check out Good Records for RSD festivities. It’s typically an all day event filled with rockin’ awesomeness and live music, so be sure to stay tuned here for their latest RSD news.

What release(s) are you most excited about?

One thought on “Record Store Day Release Details Pouring In”