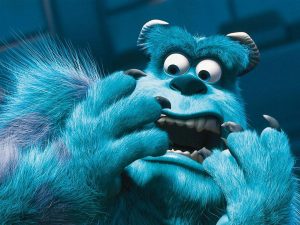 At the CinemaCon Event, Pixar unveiled the title for their Monster’s Inc. sequel they will be making.  It will be called “Monster’s University”.

The film will be a prequel to the first film with John Goodman, Billy Crystal, and most likely Steve Buschemi returning t lend their voices to those iconic characters.  The film will show us Mike & Sully in college which is where they meet for the first time.

Now the end of the first Monster’s Inc. had an incredible ending and it was pretty set in stone.  So I think it is a right decision if they are going to make another Monster’s Inc. film, that it needs to be a prequel,  But like most prequels,  we already know what is going to happen with the characters, so there really is no conflict or tension to have as an audience member.

But I will say, Pixar has always made AMAZING films and I am sure they will make a great film.