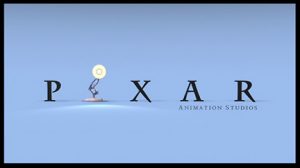 While I love every Pixar film thus far, I find myself having a hard time getting really amped up for Cars 2.  Don’t get me wrong, I am excited for Cars 2, but I am not that enthused about it.  But for Pixar’s next film which is called “Brave”, I am whole heartedly excited and much thrilled about their new story of a dark fairy tale.

EW has a couple of shots of the concept art for the new Pixar film as well as a brief synopsis as to what we can expect from one of the best film companies in business today.

The film, “Brave” was formally called “The Bear and The Bow” and is Pixar’s take on fairy tales which they have not done yet.  It seems Pixar is going for an unorthodox approach to the fairy tale world judging by the synopsis and concept art.

EW describes the film as:

“Brave is set in the mystical Scottish Highlands, where Merida is the princess of a kingdom ruled by King Fergus (Billy Connolly) and Queen Elinor (Emma Thompson). An unruly daughter and an accomplished archer, Merida one day defies a sacred custom of the land and inadvertently brings turmoil to the kingdom. In an attempt to set things right, Merida seeks out an eccentric old Wise Woman (Julie Walters) and is granted an ill-fated wish. Also figuring into Merida’s quest — and serving as comic relief — are the kingdom’s three lords: the enormous Lord MacGuffin (Kevin McKidd), the surly Lord Macintosh (Craig Ferguson), and the disagreeable Lord Dingwall (Robbie Coltrane).”

I am happy to see that his will be Pixar’s first female protagonist.

The concept art seems really good and not your normal looking Pixar film.  It looks much more sinister and dark and haunting.