Bryan’s Bluray and DVD Picks For The 2nd Week Of March!!! 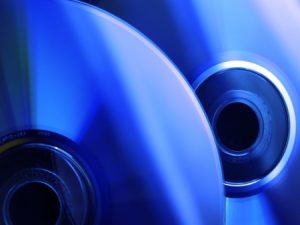 This weeks picks are amazing.  My favorite 3-D film ever made is out and one hell of a tv series has made its bluray debut.  Totally excitd about this week.

A concert celebrating the end of an era: The Beatles opened it and Billy Joel closed it.

Built in 1964, Shea Stadium was the home of the New York Mets for 45 years. Designed as a multi-purpose stadium, Shea first met rock ‘n’ roll when The Beatles appeared there August 15, 1965, establishing Shea as the premier stadium for the world’s greatest bands. The Who, The Police, The Rolling Stones, Bruce Springsteen and The Clash all played Shea.

The Last Play At Shea, staged on July 16 and July 18, 2008 before a combined 110,000 fans, comprised the final performances ever at the historic stadium. Live At Shea Stadium contains two and a half hours of hits and album favorites, featuring special guests Paul McCartney, Tony Bennett, Garth Brooks, John Mayer, John Mellencamp, Steven Tyler and Roger Daltrey.

Live At Shea Stadium captures the music and memories of a generation. After 45 years, the Mets’ two World Series victories, The Beatles and The Last Play At Shea, the final section of Shea Stadium was torn down in 2009.

One of the best films I have seen in a long time.  A comedic satire about Islamic Extremist Terroroist Bombers.  This is being compared to Kubrick’s Dr. Strangelove. And I can for certain compare it to that film.  This is a must see and a must purchase.  Four Lions tells the story of a group of British jihadists who push their abstract dreams of glory to the breaking point. As the wheels fly off, and their competing ideologies clash, what emerges is an emotionally engaging (and entirely plausible) farce. In a storm of razor-sharp verbal jousting and large-scale set pieces, Four Lions is a comic tour de force; it shows that-while terrorism is about ideology-it can also be about idiots.

If you are to see one documentary this year, then make it this film.  Inside Job is a must see film.  Matt Damon lends his voice to narrate this documentary that needs to be seen by everyone.  Inside Job tells the story of the economic crisis of 2008 till now and all the shocing truths on how it happened and how these super rich CEO’s and large companies fucked and continue to fuck the common american in their ass a little bit deeper.  This documentary won BEST PICTURE at the oscars this year and deservedly so.  You NEED to purchase this film and show your friends, family, and elected officials.  From Academy Award®-nominated filmmaker, Charles Ferguson (NO END IN SIGHT), comes INSIDE JOB, the first film to expose the shocking truth behind the economic crisis of 2008. The global financial meltdown, at a cost of over $20 trillion, resulted in millions of people losing their homes and jobs. Through extensive research and interviews with major financial insiders, politicians and journalists, INSIDE JOB traces the rise of a rogue industry and unveils the corrosive relationships which have corrupted politics, regulation and academia.

The film that 3D was made for.  This was amazing.  Read my review HERE.  These films are consistently hilarious.  Definitely pick this up.  Just as great as the first two films and their .5 releases.  Celebrating all forms of madness and mayhem, the entire Jackass crew— including Johnny Knoxville, Bam Margera, Steve-O, Chris Pontius, Preston Lacy and Jason “Wee Man” Acuna—returns for more side-splitting lunacy and cringe-inducing stunts. From wild animal face-offs to pitiless practical jokes and logic-defying acts of guaranteed pain and suffering, JACKASS 3 reaches new heights in the pursuit of the inventively insane.

THE MAN FROM NOWHERE (BLURAY)

Ultimate badass and ultra violent flick.  If you love old John Woo films and Park Chan-Wook films, then you are going to fall all over this film.  This film will kick your nuts inside you and then pull them out through your mouth.  Yes it is that BADASS!!  It’s tense, fun, violent, and extremely HARDCORE!!!  Get it.  An ex-special agent Tae-sik Cha’s only connection to the rest of the world is a little girl, So-mi, who lives nearby. Her mother, Hyo-jeong smuggles drugs from a drug trafficking organization and entrusts Tae-sik with the product, without letting him know. The traffickers find out about her smuggling and kidnap both Hyo-jeong and So-mi. The gang promises to release them if Tae-sik makes a delivery for them, however it is actually a larger plot to eliminate a rival drug ring leader. When Hyo-jeong’s disemboweled body is discovered, Tae-sik realizes that So-mi’s life may also be in danger. Tae-sik becomes enraged at the prospect that So-mi may already be dead and prepares for a battle, putting his own life at risk.

THE WALKING DEAD: SEASON ONE (BLURAY)

One of the best television shows to debut in a long time.  AMC hit the jackpot with this show.  The special Make-up efects are stunning and the storylines and character development are spot on amazing just like the comic book.  I cannot wait for this zombie epic story to continue with their second season.  After waking from a coma in an abandoned hospital, police officer Rick Grimes finds the world he knew gone – ravaged by a zombie epidemic of apocalyptic proportions. Nearby, on the outskirts of Atlanta, a small encampment struggles to survive as ‘the dead’ stalk them at every turn. Can Rick and the others hold onto their humanity as they fight to live in this terrifying new world? And, amidst dire conditions and personal rivalries, will they ultimately survive one another? AMC’s The Walking Dead is an epic, survival adventure series from the director of The Shawshank Redemption and the producer of The Terminator and Aliens.

An excellent must see documentary.  Using footage completely unparalleled, A FILM UNFINISHED provides new insight into the Nazi propaganda machine, further exposing an agenda already known to be deceitful beyond our greatest beliefs. At the end of WWII, 60 minutes of raw film, having sat undisturbed in an East German archive, was discovered. Shot by the Nazis in Warsaw in May 1942 and labeled simply Ghetto, this footage quickly became a resource for historians seeking an authentic record of the Warsaw Ghetto. However, the later discovery of a long-missing reel, including multiple takes and cameramen staging scenes, complicated earlier readings of the footage. A FILM UNFINISHED presents the raw footage in its entirety, carefully noting fictionalized sequences (including a staged dinner party) falsely showing the good life enjoyed by Jewish urbanites, and probing deep into the making of the now-infamous Nazi propaganda film. A film of enormous import, A FILM UNFINISHED documents some of the worst horrors of our time and exposes the efforts of its perpetrators to propel their agenda and cast it in a favorable light.

Interview with author and film researcher Adrian Wood
Scholar Michael Berenbaum on A Film Unfinished
Death Mills (1945): A short film by Billy Wilder, includes some of the first footage shot from within concentration camps post-liberation
Study Guide: For educators and students to gain a deeper understanding of the themes and lessons in the film
Exclusive essay by author and film scholar Annette Insdorf

That’s it for this week.  Stay tuned for next week.