BRYAN’S BLURAY/DVD PICKS FOR THE 4TH WEEK OF MARCH!!! 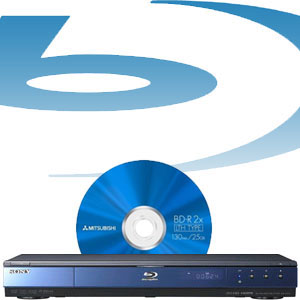 A pretty good day for releases.  Some solid gold classics along with some great exploitation films and of course Ernest.  Lots of fun with the column.

What an excellent film that came out over twenty years ago.  Robert De Niro and Robin Williams are spectacular in this film.  Penny Marshall did a great job at directing this film.  So much heart and soul.  Not tons of extras on this release.  There might be a huge release with extras in a few years.  By opening one man’s eyes to the world… he opened his own. Robert De Niro (in an Oscar-nominated performance) and Robin Williams star in this powerful, true story of a maverick doctor and the patients whose lives he changes. Williams plays Dr. Malcolm Sayer, a shy research physician who uses an experimental drug to “awaken” the catatonic victims of a rare disease. De Niro co-stars as Leonard, the first patient to receive the controversial treatment. His awakening, filled with awe and enthusiasm, proves a rebirth for Sayer too, as the exuberant patient reveals life’s simple but unutterably sweet pleasures to the introverted doctor. Encouraged by Leonard’s stunning recovery, Sayer administers the drug to the other patients. The story of their friendship during this emotional journey is a testament to both the tenderness of the human heart and the strength of the human soul.

Cate Blanchett just owns this role.  what a great telling of the early Queen years with tons of great actors.  If this is your cup of tea and you don’t already own these films, then pick this up.  Two for the price of one sort of thing.  You’ll love these releases.  They look beautiful in high-def.

Now if you read this site or know me, you know Ernest and Jim Varney have a very special place in my heart.  I grew up on these Ernest films.  I love watching them and re-watching them.  I used to impersonate Ernest in school all the time.  These are just so fun.  I just hope these sales are great so that we will get more double features in the future.

Two theatrical hit comedies starring the lovable Jim Varney with all-new high-definition film transfers! Ernest Goes to Camp features everyone s favorite pitchman Ernest P. Worrell as he stars in his first feature film as the bumbling handyman at Kamp Kikakee who is given a chance to finally be a counselor to a group of juvenile delinquents.

Ernest Goes to Jail bring back the affable bank janitor Ernest P. Worrell is called to jury duty and soon finds himself in trouble when the lookalike defendant s attorney arranges a switch and has Ernest sent to prison in his client s place.

You know I am obsessed with exploitation films that have sex, hot chicks, torture and bizarre fetishes.  Well this double feature set is BADASS and has all of that.  Galaxina is so much fun.  It is necessary viewing with friends and a bunch of alcohol.  If you have kids, this is essential viewing for their  childhood upbringing and appreciation for film.  Yes it shouldn’t be seen by kids really, but, they will be better for it.  Trust me.  As for Crater Lake Monster, watch this in Heckle Vision meaning, MST3K it.  That’s the only way it will be tolerable.

Galaxina stars Dorothy Stratten in this beloved sci-fi parody which chronicles the adventures of the starship Infinity where Captain Cornelius Butt finds himself playing mommy to a baby alien while handsome crewman Thor falls in love with the beautiful robot pilot Galaxina and tries to turn her into a real woman.

Crater Lake Monster is set in Crater Lake, Oregon, the site of a meteor landing that causes a long-buried dinosaur egg to hatch. The creature quietly stalks the countryside and finds the locals as a good food source. The mysterious deaths confound the authorities until the dinosaur finally reveals his presence to the townspeople.

From the creators of Ice Age, comes Robots.  I did like  Robots.  It’s no Ice Age or Pixar film, but it is a strong solid movie.  It looks beautiful in high definition.  The atmosphere is amazing and it is one great thrill ride.  In a robot world, a young idealistic inventor travels to the big city to join his inspiration’s company, only to find himself opposing its sinister new management.

The Voices of Robots

One of the better coming of age films from the early 90’s.  A true film about friendship and baseball.  This film still holds up today and is very quotable.  “FOREVER”! I remember seeing this in the theater when I was too in little league with all my firends.  We all loved it.  This film has true heart.  It’s amazing.  So glad to have this on bluray now.   Scotty Smalls moves to a new neighborhood with his mom and stepdad, and wants to learn to play baseball. The neighborhood baseball guru Rodriquez takes Smalls under his wing, and soon he’s part of the local baseball buddies. They fall into adventures involving baseball, treehouse sleep-ins, the desirous lifeguard at the local pool, the snooty rival ball team, and the travelling fair. Beyond the fence at the back of the sandlot menaces a legendary ball-eating dog called The Beast, and the kids inevitably must deal with him.

If you like Michael Bay type films and enjoy ridiculous action films with no point or no story, then this film is for you.  Yes, if taken lightly and with no thought at all, this film is fun.  It is pretty bad, but great to make fun of.  They do  a few things right here and there, but overall, it is ehhh.  It was supposed to be a simple birthday weekend in Southern California. But when sunrise arrives two hours early in the form of a haunting light from an unknown source, a group of friends watch in terror as people across the city are drawn outside and swept into massive alien ships that have blotted out the L.A. skyline. From tankers to drones and hydra-like extraterrestrials, the aliens are inescapable and seemingly indestructible. Now, it will take every survival instinct the group has to elude capture in this riveting, action-packed sci-fi adventure starring Eric Balfour (The Texas Chainsaw Massacre), Donald Faison (“Scrubs”) and Scottie Thompson (Star Trek).

One of the best films ever made.  Possibly the best coming of age story ever told.  As I watch this again and again, I can’t help that this might be Stephen King’s best story, but then there is Shawshank, The Shining, The Stand, and The Green Mile.  This film hits every mark and everyone is excellent in this film.  It has it all.  Comedy, heartbreak, thrills, and love.  I highly recommend picking this up.  In a small woodsy Oregon town, a group of friends–sensitive Gordie (Wil Wheaton), tough guy Chris (River Phoenix), flamboyant Teddy (Corey Feldman), and scaredy-cat Vern (Jerry O’Connell)–are in search of a missing teenager’s body. Wanting to be heroes in each other’s and their hometown’s eyes, they set out on an unforgettable two-day trek that turns into an odyssey of self-discovery. They sneak smokes, tell tall tales, cuss ’cause it’s cool and band together when the going gets tough. When they encounter the town’s knife-wielding hoods who are also after the body, the boys discover a strength they never knew they had. Stand By Me is a rare and special film about friendship and the indelible experiences of growing up. Filled with humor and suspense, Stand By Me is based on the novella ‘The Body’ by Stephen King.

Criterion does it again with another amazing release.  A true twentieth-century trailblazer, Harvey Milk was an outspoken human rights activist and the first openly gay U.S. politician elected to public office; even after his assassination, in 1978, he continues to inspire disenfranchised people around the world. The Oscar-winning The Times of Harvey Milk, directed by ROBERT EPSTEIN (The Celluloid Closet, Paragraph 175) and produced by RICHARD SCHMIECHEN, was, like its subject, groundbreaking. One of the first feature documentaries to address gay life in America, it’s a work of advocacy itself, bringing Milk’s message of hope and equality to a wider audience. This exhilarating trove of archival footage and heartfelt interviews is as much a vivid portrait of a time and place (San Francisco’s historic Castro District in the seventies) as a testament to the legacy of a political visionary.

One of the best Adult Swim cartoons and one of the best cartoons EVER.  When someone hasn’t seen this show, there really aren’t enough words to describe this show and its brilliance.  Questions are answered and truths are revealed. Learn how Henchman 21 copes with life without 24. See what happens when Brock and the Venture family are forced to part ways. Discover the final fate of H.E.L.P.eR. And all the while, the balance of the free world hangs in the hands of Dean Venture, who must kill Hitler.  The highest recommendation.

That’s it for this week.  Stay tuned next week for tons more great picks and releases for the last week of March.