You Have To Pass A Test Before You Can Become Superman!!! 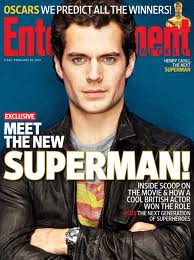 A little while ago I reported on who would be the new Superman.  He was Henry Cavill.  Read about that HERE.  Over at EW, they sat down with the new man of steel and asked him a few questions.

During the interview, EW asked Cavill on how he got the role and what certain “important” criteria went in to the process to choose him.

“Among the topics of discussion: Cavill’s audition, which included shooting a screen test wearing a replica of Christopher Reeve’s once impressive, now dated Superman suit. “If you can put on that suit and pull it off,” says Snyder, ‘that’s an awesome achievement.”

“He walked out, and no one laughed,” says the director. “Other actors put that suit on, and it’s a joke, even if they’re great actors. Henry put it on, and he exuded this kind of crazy-calm confidence that just made me go ‘Wow.’ Okay: This was Superman.’”