The Upcoming Wolverine Film Directed by Darren Aronofsky is Shaping Up To Be Badass!!! 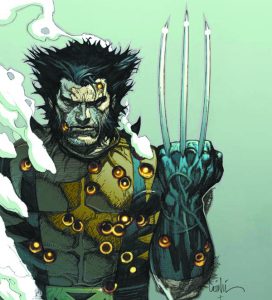 The good people over at HERO COMPLEX has scored an amazing interview with Wolverine himself, Hugh Jackman.  and from the interview it looks like Darren and Hugh know exactly how to make this Wolverine story the way it should be.

And I know Darren Aronofsky with his talent and eye for filmmaking, he will make something thrilling and magical.

Here is a little excerpt from the interview:

“We finally have the character and with this mythology — ever since X-MEN when I was kind of hanging around and reading all these comics,  because I was cast before I ever read any X-Men comics, so I was trying to get my hands on everything. I remember saying to Lauren Shuler Donner, “Lauren, I don’t know about you, but I’ve seen this Japanese story, and I think it’s so good. It’s just genius, it’s brilliant.”

“Chris McQuarrie has done a script that is just phenomenal. I read a story once that said that he wrote THE USUAL SUSPECTS in 15 days, and with this one he said to me, “I just knew what I wanted, and it came out real easy.” And he’s done an unbelievable job with it.”

So with this being said, it seems that Jackman, Aronofsky, and McQuarrie have the passion and mind set to make a great film.  I have always believed that Jackman has loved being Wolverine.  He literally brings that character to life.  Even with the terrible as all hell script from Wolverine Origins, Jackman brought that intensity and passion which kept that film from totally falling apart.  As for Aronofsky, he has always wanted to make a superhero film and if there is someone to make a Wolverine film, it is Aronofsky.  Plus he got the best performance out of Jackman’s career in “The Foutnain”.  So I have complete faith in this project.