The Chuck Palahniuk Book, “Snuff” Gets Some Actors For Its Film Adaptation!!! 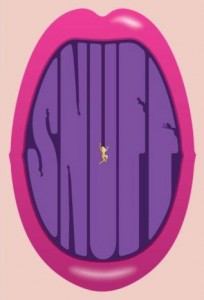 Most of you might know of Chuck Palahniuk as the writer of Fight Club,  Choke, and Haunted.  And in 2008 he wrote a book called “Snuff” which is (like his other novels) being made into a film.  So far the actor list they have is pretty astonishing and I am very much looking forward to this movie.

So Palahniuk wrote on his BLOG yesterday that he got word from his director, Fabien Martorell, that they have cast their first three actors.  It seems that Fabien has worked with Troma for a while.  COOL.

And Thora Birch who will play the “talent wrangler”.

I say that is one badass cast to start out with.

I have read all of Palahniuk’s books and each one still comes to the front of my mind daily in some form or another.  Haunting, but spectacular.

Purchase the book below.