Harry Potter and the Deathly Hallows Part 1 Announced and Detailed!!! 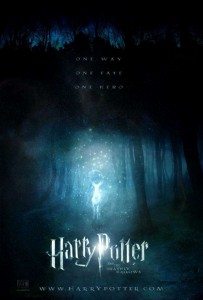 In an early announcement to retailers, the first part of Harry Potter and the Deathly Hallows will be released on April 15th of this year.    Read my review HERE of the film.

Here is the press release:

The release will be a Blu-ray/DVD combo pack andwill feature 1080p video, a Dolby TrueHD 5.1 soundtrack, and the only supplement shared with standard-definition releases will be additional scenes.

Also be sure to join the Quest for the Hallows, an online global adventure offering exclusive photos, videos, and the chance to win amazing prizes throughout the year!

Loved this film and i am glad to see it getting the proper treatment.  But something tells me in my gut that after the 2nd part is released there will be an ultimate badass edition of all the films.  So Hooray for buying all the Harry Potters again.