Director, Gore Verbinski Won’t Make a BioShock Movie Unless It Is Rated “R”!!! 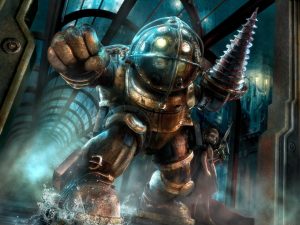 It seems like forever now, well it has been forever, that we have been talking about a BioShock movie made by Gore Verbinski.  Every time there is news on this film, nothing ever happens, and we all are left wondering, “What happened to the BioShock movie?”

Gore Verbinski is best known for directing the american version of “The Ring” and “The Pirates of the Caribbean” films.

In an interview, Gore said:

“I couldn’t really get past anybody that would spend the money that it would take to do it and keep an R rating,” he explained, “Alternately, I wasn’t really interested in pursuing a PG-13 version. “

“I just wanted to really, really make it a movie where, four days later, you’re still shivering and going, “Jesus Christ!”… It’s a movie that has to be really, really scary…””

Please, Lionsgate, buy this film and let Gore make it.