“The Walking Dead” to Become a Video Game Possibly!!!!! 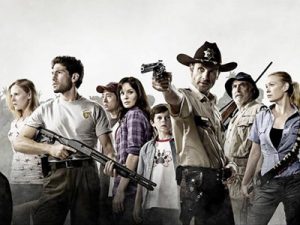 We all know the AMC show “The Walking Dead” was a smash hit just like it’s comic book before it.  It has smashed records and has proved a financial success on all levels.  It was only a matter of time before it was transfered over to interactive media.

The video game website 1UP reported that it received an invitation from Telltale Games (the people who made games based on Back to the Future, jurassic Park, and Wallace and Gromit) for an event where they will be making some announcements of some upcoming new projects.

“one based on a just-launched property from the TV and comic book world whose popularity is changing life as some know it.”

There isn’t much that that fits that description.

I would totally love to add this Zombie game to my collection.  Shoot Zombie in Head and run.  Oh what fun.

Will update when I found out more.