The King of Media, Howard Stern, Will Get His Own Comic Book!!! 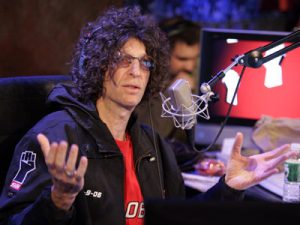 Howard Stern has conquered radio,television,film,music,books, and now he will conquer comic books.  Bluewater  Comics will publish his his comic book.

The series will be called “Orbit” and will feature famous personalities throughout history.  And what better way to start it out but with Howard Stern. 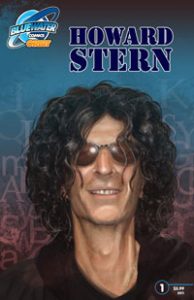 “Orbit: Howard Stern” lifts the veil on the man behind the microphone by examining his rise to fame, his assault on the status quo of broadcasting, his over-the-top, sometimes crude persona and his ground breaking move to satellite radio.

“Orbit,” according to Bluewater president Darren Davis is a natural extension of the biography comic division established by Bluewater’s “Female Force,” “Fame,” and “Political Power.”

“We are launching ‘Orbit’ with a skew towards a more male demographic. When we weighed the possibilities of featuring people like Stern, LeBron James, Gary Gygax and JRR Tolkien into our existing titles, the tone and tenor didn’t match. Their enduring popularity and contributions to popular culture are worthy of coverage, but they needed a different voice in which to present the material. ‘Orbit’ fits that bill”

The inaugural issue of “Orbit,” penned by Cooke and illustrated by Kent Hurlburt, retails for $3.99 and will be available through local comic book shops and various online venues such as Amazon.com. Two alternative covers for the issue were designed by Michał Szyksznian and Juan Mar Studios.”

Be sure to check BOOMSTICK COMICS for issues!!