George Lucas Believes The World Will End in 2012!!! Does He Have A Millennium Falcon Ready To Get Him To Safety? 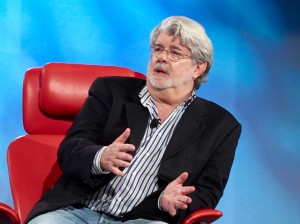 I came across this article posted at the TORONTO SUN and it was too great to not tell you about.  Basically, actor/writer Seth Rogen talked with George Lucas and Steven Spielberg the other day for about 30 minutes and George Lucas laid into Seth Rogen about how he thinks and knows the world will end in 2012.

After reading the article, I laughed quite a bit.  Mostly from that Spielberg thinks Lucas is batshit crazy. 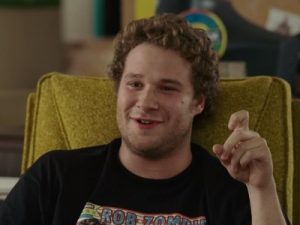 Below is the story that was written on the Toronto Sun by Wenn.Com.  What do you think?  I think it is hilarious.  I wonder if this has anything to do with Lucas buying up all the rights to famous dead actors.

“Funnyman Seth Rogen was left stunned by a recent encounter with his moviemaking hero George Lucas – because the Star Wars director spent 20 minutes telling him the world would end in 2012.

Rogen was left speechless when Lucas and Steven Spielberg joined a movie meeting he was a part of – but the encounter has left him worried his life will be over next year.

He recalls, “George Lucas sits down and seriously proceeds to talk for around 25 minutes about how he thinks the world is gonna end in the year 2012, like, for real. He thinks it.

“He’s going on about the tectonic plates and all the time Spielberg is, like, rolling his eyes, like, ’My nerdy friend won’t shut up, I’m sorry…’

“I first thought he (Lucas) was joking… and then I totally realized he was serious and then I started thinking, ’If you’re George Lucas and you actually think the world is gonna end in a year, there’s no way you haven’t built a spaceship for yourself… So I asked him… ’Can I have a seat on it?’

“He claimed he didn’t have a spaceship, but there’s no doubt there’s a Millennium Falcon in a garage somewhere with a pilot just waiting to go… It’s gonna be him and Steven Spielberg and I’ll be blown up like the rest of us.””

One thought on “George Lucas Believes The World Will End in 2012!!! Does He Have A Millennium Falcon Ready To Get Him To Safety?”