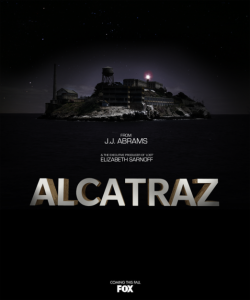 So we covered this story HERE about this new tv show coming to Fox from J.J. Abrams called Alcatraz.  It seems we have a bit of new casting news for you.  This show is just shaping up to be more interesting by the minute.

Now we all know J.J. Abrams is extremely busy right now with Super 8, Mission Impossible 4: Ghost Protocol, and the next Star Trek film, that you would think he wouldn’t have time for this new show.  well he will only be serving as executive producer and probably will be on set 5% of the time or less.  But his company Bad Robot will be making this show and LOST vet, Elizabeth Sarnoff will be the primary show runner.  So good news there.

Now onto the casting news.  The following will join Sarah Jones (Sons of Anarchy) and Jorge Garcia (LOST) on this show.

The series will be about the FBI’s efforts to track down a large group of prison guards and inmates who mysteriously disappeared 30 years ago and mysteriously re-appeared in present day.