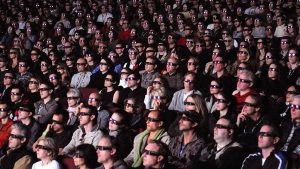 Halloween Weekend was a slow weekend at the box office this year.  Whether it be people going out for parties in costume or watching the World Series, they definitely did not make it to the movie theatre.

Clint Eastwood’s “Hereafter” came in at #5.

The Social Network came in at #7.

The Town came in at #9 this week being on the top 10 largest grossing weekly list for 7 weeks now.

That’s it for this week.  Stay tuned for next.