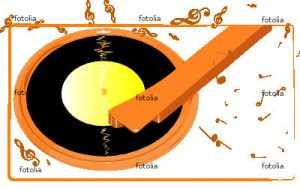 Hi folks.  Are you read for the ultimate Gift Guide?  Are you read to see what cool items you can purchase for that special someone, even if it is for yourself, that will just rock your world?  Well this is the ultimate gift guide for the holidays in the year 2010.

This gift guide will be set up in different sections.  Sections like: books, movies, art, toys, etc.  They will be also listed by sectionally by prices.  Prices for the frugal and big sales, prices in the medium range, and prices for the super rich.  There will be links to the product to purchase and find out more information about each product.

Consult this list before you shop for most likely you will be able to pick up everything here from this very page.

I hoe you enjoy and have a great and safe holiday shopping spree.

New Orleans native Kermit Ruffins was aptly born on the birthday of one of that city’s most deservedly heralded masters of music, Professor Longhair. The 40-year-old trumpet player came blasting out of high school with the Rebirth Brass Band. Formed with tuba player Philip Frazier, the ensemble stormed across 10 years, several continents, and 7 albums before disbanding in 1992. Here reconvened, they’ve lost none of their exuberant flair and verve. The seven originals by Ruffins are mixed with numbers by the city’s current elder statesman, Mac Rebennack, as well as Ray Charles, Mildred Hill’s perennial “Happy Birthday,” and more. Unobtrusively produced, the set bristles with the immediacy of a true celebration.

Grammy award winning electronic duo Daft Punk – who takes music as seriously as TRON fans take computer references – is scoring the upcoming film TRON: Legacy. It’s no accident that the group’s two visionary musicians, Guy-Manuel de Homen-Christo and Thomas Bangalter, are TRON fans too. Having grown up with an admiration for the ground-breaking TRON film in the 80s, Daft Punk took on the scoring of the next chapter of the story with extraordinary thought and precision. The critically acclaimed French duo composed and produced the album. The Duo assembled a symphony of one hundred world class musicians in London and recorded the orchestra at AIR Lyndhurst Studios, Britain’s premier scoring facility.

Original soundtrack to the 2010 motion picture features four new songs by Beck under the guise of Sex Bob-omb and two versions of a totally new Beck track. Also on the soundtrack are tracks by indie heroes Broken Social Scene, Beachwood Sparks and Frank Black – alongside classic Rock anthems from stalwarts Rolling Stones and T.Rex plus a stellar inclusion from Britpop kings The Bluetones.

MPL and the Concord Music Group are pleased to announce the re-release of Paul McCartney & Wings’ iconic Band on the Run on November 2nd, 2010. Heralded as one of the greatest albums of all time, the GRAMMY winning, smash # 1 album – originally released December of 1973 – yielded the immortal title track and world-wide hit “Jet” becoming Wings’ most successful and celebrated album ever.

Paul McCartney personally supervised all aspects of the Band on the Run reissue. The remastering work was done at Abbey Road using the same team who recently remastered the complete Beatles’ catalog.

Band on the Run will be available in a variety of formats originating with the single disc digitally remastered, essential 9-track STANDARD EDITION. The 3 disc (2CD, 1 DVD) SPECIAL EDITION features nine bonus audio tracks (including the top 10 smash “Helen Wheels”), rare footage of the McCartneys in Lagos and behind-the-scenes at the famous album cover shoot, originalBand on the Run promotional video clips, the One Hand Clapping television special (highlighted by studio performances filmed at Abbey Road in 1974) all with beautifully enhanced packaging. Collectors will be especially thrilled by the 4 disc (3CD, 1 DVD) DELUXE EDITION which adds an extraordinary 120-page hard bound book containing many unseen and unpublished photos by Linda McCartney and Clive Arrowsmith, album and single artwork, downloadable hi-res audio versions of the remastered album and bonus audio tracks, a full history of the album complete with a new interview with Paul and expanded track by track information for all four discs. The deluxe edition also includes a special Band on the Run audio documentary (originally produced for the 25th Anniversary edition.) The original remastered album and bonus audio content will also be issued in a 2 disc 180gm audiophile VINYL EDITION that comes with an MP3 download of all 18 tracks.

The musical achievement of Band on the Run is nearly matched by the amazing story behind its creation. Intrigued with recording abroad in the summer of 1973, McCartney searched for a list of studios around the world. Spotting one in the remote location of Lagos, Nigeria, he became enthralled with the idea of recording in Africa. Days before departure, lead guitarist Henry McCullough and drummer Denny Seiwell quit the band leaving the entire project to the three core members, Paul, his wife Linda McCartney and band-member Denny Laine (along with recording engineer Geoff Emerick). Recorded in August and September of 1973 (with further work done at AIR Studios in London in October 1973), they persevered through a tumultuous, yet creatively invigorating 2 month recording process battling difficult studio conditions, oppressive heat and a dangerous mugging at knife point. The thieves made off with the demo tapes (among other valuables), forcing the band to record the entire album from memory.

Band on the Run triumphed both critically and commercially. The album topped the US album chart 3 separate times, won a Grammy and went on to sell more than 7 million copies. Upon the release of Band on the Run, then Rolling Stone reviewer Jon Landau famously gushed, “The finest record yet released by any of the four musicians who were once called The Beatles.”

Paul is currently playing five songs from the album on his `Up and Coming Tour’. Live favorites over the last 8 years of touring have included “Jet”, “Band on the Run” and “Let Me Roll It”. In 2008 when Paul played a free outdoor show to over 500,000 people in Kiev, a Ukrainian poll listed “Mrs Vandebilt” as their all time favorite Paul McCartney song. It’s been included in the set ever since. At the start of this tour Paul added “Nineteen Hundred and Eighty Five” to the set.

Band on the Run marks the first release from the Paul McCartney Archive Collection, an ambitious reissue program that encompasses 40 years of cherished, classic material from the most successful songwriter and recording artist in music history. It’s also the initial physical release of the recently announced agreement between McCartney’s MPL and Concord Music Group to globally market and distribute McCartney’s venerated solo and Wings catalog.

The Lord of the Rings: The Return of the King (The Complete Recordings) [Soundtrack, Box Set, Collector’s Edition] $46.99

The Lord Of The Rings: Fellowship Of The Ring (The Complete Recordings) [Soundtrack] $44.99

Chris, a native of Dallas, Texas, put his refined skill set to work when he co-produced his debut record with
acclaimed producer Ed Cash. While he is not one to shy away from writing about his faith, Chris isn’t afraid to embrace
relationships and heartache in his songwriting. Chris cites influences such as Stevie Wonder, John Mayer, and Gavin
DeGraw who all contributed to the polished pop/rock sound that is sure to resonate with all who listen. The lead single is
‘Starry Night.’

This collection presents for the first time the most sought after of Jimi s pre-Experience recordings as a sideman for such Rhythm & Blues stars as The Isley Brothers, Don Covay, Little Richard and others. All of the misinformation and fake purported to feature Hendrix are swept aside for fans.

The LPs feature previously unreleased and commercially unavailable studio recordings from every chapter of his career, live recordings with the Experience and Band Of Gypsys spanning 1967 through 1970.

The studio recordings include never before released [or even bootlegged!] alternate versions of such classic fare as Are You Experienced, Fire, May This Be Love, Love Or Confusion and many more. In addition, new songs such as Hear My Freedom, Hound Dog Blues and Lonely Avenue make their debut as part of this special collection.

To provide further insight and understanding into Hendrix s creative development, WCSB presents acoustic and electric home recordings of Electric Ladyland signature songs such as Long Hot Summer Night, 1983 (A Merman I Shall Turn To Be), as well as My Friend and Angel later featured as part of First Rays Of The New Rising Sun. WCSB also features another major revelation an electric demo version of Bob Dylan s Tears Of Rage .

This long-awaited career-spanning box set is not a collection of existing Jimi Hendrix albums but instead 45 unreleased Jimi Hendrix live and studio recordings including demos and alternate versions of songs from Are You Experienced, Axis: Bold As Love, and Electric Ladyland. West Coast Seattle Boy includes Hendrix’s never before heard version of Bob Dylan’s “Tears Of Rage,” solo acoustic recordings of Electric Ladyland favorites like “Long Hot Summer Night” and “1983 (A Merman I Shall Turn To Be)”as well as never before heard live performances from Berkeley and the legendary Band Of Gypsys Fillmore East concert on New Year’s Eve 1969 combined together with such new Hendrix songs as “Hear My Freedom,” “Hound Dog Blues,” “Lonely Avenue” and more.

West Coast Seattle Boy – The Jimi Hendrix Anthology offers the most complete collection of Jimi’s pre-Experience R&B performances (including his singles with the Isley Brothers, Little Richard, Don Covay, King Curtis and more) to ever be officially anthologized while bringing together the most comprehensive and revelatory set of unreleased, fully realized songs, never before heard live performances, alternate studio takes, acoustic and electric demos and other rarities drawn from every chapter of Jimi Hendrix remarkable life and career.

HARRY POTTER AND THE DEATHLY HALLOWS,
the seventh and final adventure in the Harry Potter film series,
is a much-anticipated motion picture event to be told in two
full-length parts.
Part 1 begins as Harry, Ron and Hermione set out on their perilous
mission to track down and destroy the secret to Voldemort s immortality
and destruction the Horcruxes. On their own, without the guidance of
their professors or the protection of Professor Dumbledore, the three
friends must now rely on one another more than ever. But there are
Dark Forces in their midst that threaten to tear them apart.
Score composed by GRAMMY AWARD®, ACADEMY AWARD® and
GOLDEN GLOBE® Nominee ALEXANDRE DESPLAT
(THE TWILIGHT SAGA: NEWMOON, THE QUEEN,
THE CURIOUS CASE OF BENJAMIN BUTTON)

The Deluxe Edition is the ultimate fan’s experience. Features include:

Double LP in Gatefold Jacket
– Pressed on 180 gram vinyl, contains 16 live songs from various shows in Canada during the tour, as well as artwork unique to the box and an exclusive 6 panel insert.

7 inch Colored Vinyl Single
– Region specific art.
Side A – Icky Thump (Live)
Side B – The Wheels On The Bus (Live)

Silkscreened Print
– 1 of 6 silk screened designs by Rob Jones based on a photograph by Autumn de Wilde.

It is a numbered box collectors edition which only 1,000 sets will be made.

The set will contain expansions of 13 original scores by Elfman from Burton’s iconic movies.  It contains 16 CD’s with artwork by Burton himself.  It comes to about 19 hours of music with 7 hours of un-released masters and demos, work tapes, other rarities.

You also will get a DVD with a great interview with Burton and Elfman as they both talk with each other on their 25 years of working together.

In addition you will be getting a Nightmare Before Christmas skeleton key flash drive that already has all the music from the box set on it.

If that wasn’t enough, how abotu a 250 page hardcover book with essays, interviews, pictures and a forward by Johnny Depp.  The books covers the films and music of Danny Elfman and Tim Burton.

Read About it HERE!!!

Stay tuned for more later on.