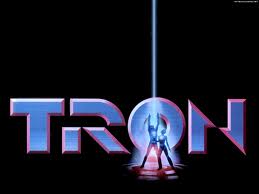 Disney has given the green light for a  Tron TV show for a 2012 release.  It will be on the Disney XD channel sometime in 2012 and will be an animated show.

I wonder if the Tron film doesn’t do well, which we all know IT WILL, if Disney will cancel the series.  Time will tell.

It is looking like it has an AWESOME voice cast as well.  Its voice cast, according to Variety, includes Bruce Boxleitner, Elijah Wood, Emmanuelle Chriqui, Mandy Moore, Paul Reubens, Nate Corddry and Lance Henriksen.

I know several of these actors already have stuff on their plate as of now, but it is shaping up to be an awesome series.

I gotta think that being on the Disney XD channel that the show will not be a PG-13 type of rating such as the old X-Men cartoons, or stuff on Adult Swim.  Can’t wait to see it.