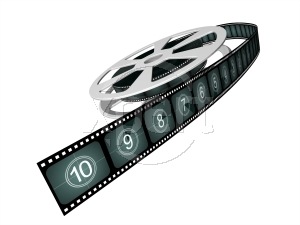 Hey folks, sorry this late yet again.  Got so much stuff on my plate right now, but I promise the last few parts of this list will be put out in the coming days.  Any guesses what’s in my top 10 films of the last decade?  Please comment and let me know your guesses.  Any who, here is a small list to continue on this massive inventory.  As usual, you will get the title of the film, the release date, a mini review and synopsis by yours truly, and a link to purchase the movie over at amazon for a good price.

I remember when this movie came out and seeing the trailers for it and seeing that Thomas Hayden Church was a main role.  I saw Thomas Hayden Church in the tv show Wings but always will remember him as The Great Strobe from the movie, The Specials.  He is a great actor and has wonderful comedic timing.  I loved how tortured Paul Giamatti’s character is throughout this movie and how he deals with his crazy best friend.  This movie plays out a little like the movie Swingers where there are a couple of best friends on the hunt for love and girls.  I loved all the acting and all the info about wine in this film.  A true gem of moviemaking.  I love watching this.  Paul Giamatti should have won the oscar for this.

I have a love/hate relationship with Tim Burton.  He has made some excellent films, but also some really awful films.  His awfulness usually tend to run in the remake category while his original ones tend to be great.  Although Big Fish is an adaptation, it is one hell of a beautiful film.  This one falls in the EXCELLENT category.  This is truly a father/son film and it definitely brings the tears.  I think this might be some of the most beautiful work Tim Burton has done and it evokes the most emotion.  He has come a long way in filmmaking.  This a great film to watch with your dad.

A Korean monster flick that kicks all sorts of ass.  A true monster film set in Korea about a monster that terrorizes everyone it sees.  The special FX in this movie are top notch.  The monster itself is some sort of creature that can run fairly fast,swim, and crawl on walls and ceiling with ease.  It also has a very long tail to do all sorts of stuff with, like hang on limbs or kill people.  The creature monster itself is about the size of an 18 wheeler, so it is BIG.  This was a whole lot of fun, with a lot of heart.  It has some comedy mixed in with some genuine terror.  A must see.

This very dark comedy about hit-men in a mafia organization who get transferred to Bruges to do a job is an amazingly written film  The job the hit-men are asked to do is not what it seems.  Some great acting from Colin Ferrell gives this movie its soul and heart.  I laughed out loud many times during this movie and always love showing this film to new faces.  One of the great dark comedies in a long time.

Yet another Pixar film makes its way onto the list of course.  This time it is the story of a little fish who gets lost and tries to find his family.  This film looked magnificent being mostly under water.  Just the textures and shadows that are shown, really felt like you were under water.  Excellent voice acting from Ellen Degeneres, Albert Brooks, and Willem Dafoe.  This is also a father/son type of story with great adventures and pretty good laughs.  This is one of my favorites of the PIXAR films.  Now if they will just hurry up and release this on BLURAY, everything will be fine.

A Batman film that was perfect.  Finally somebody made a Batman movie that was actually Batman.  And it is all thanks to Christopher Nolan.  This re-vamp of the DC character kicked all sorts of ass.  Christian Bale is perfect as Batman as well as Bruce Wayne, which no other actor has been able to do.  The re-telling of the origin story was great, and the new BATMOBILE was better than any other one before it.  This was truly a great origin story and greatly told on how we all got this fine hero .  Loved it.

One of the most talked about films of 2008 as well as the most secretive film to ever come out.  This movie was filmed with  a couple of home video cameras and shot like a documentary.  Like Blair Witch was.  I knew nothing really about this movie until I did extensive research on it and figured out it was lost video of an attack on NYC.  An attack from a giant monster.  Very shaky cam work, but it all adds to the horror and stress of the movie.  This was so good and very cleverly done.  It never says why or how on anything.  Just people trying to survive something catastrophic.  Such a great film.  Looking forward to another one.  Go J.J. Abrams.

This re-telling of my favorite film of all time from 1933 is an excellent addition to the King Kong franchise.  Peter Jackson of Lord of the Rings fame directed this movie.  This film was near and dear to him because it is also one of his favorite films of all time too.  This movie ran a little long I thought at over three hours, but it was all for story and character development, but it was a bit much.  Where this film triumphs, are the special FX, the action sequences, and the genuine tenseness of this film.  I was literally on the edge of my seat through out a lot of this film.  It was so beautiful to watch King Kong be happy.  I have never seen that before this movie.

So tragic.  My favorite musical artist of all time was prepping his farewell concert series on London at the O2 arena.  A total of 50 concerts would have been performed and it was less than two weeks away from opening night when Michael was killed.  This documentary/behind the scenes movie was filmed with a few home video cameras and professional cameras during rehearsals that caught the magic that was being made fro this one of a kind concert.  I saw how the whole thing came together.  This would have been a brilliant concert.  The best perhaps.  I will miss you Michael.