Take a look at the Trailer for “Battle: Los Angeles”!! 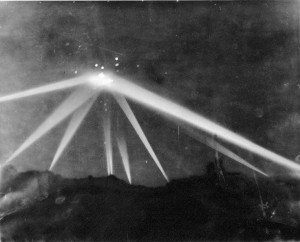 If you have not heard of the upcoming film, “Battle: Los Angeles”, then you are in for a treat,  this trailer looks Amazing and it definitely makes me want to see this as soon as possible.

Sony Pictures will be releasing the film and has been described as a Black Hawk Down type film with an alien invasion.

When unknown forces suddenly and mercilessly attack the City of Angels out of nowhere, it’s up to a local Marine staff sergeant (Aaron Eckhart) and a new platoon of unseasoned soldiers to meet the threat. As the invasion hits the streets of LA, these Marines become our first and last line of defense in an intense battle against an enemy unlike any they’ve ever encountered before.

It slated to be released in March of next year.

I cannot wait to see this film.