Sorry for the lack of news and reviews yesterday.  we had some site issues, but they are all fixed now.  Anywho, Jorge Garcia who is known for playing Hurley on the hit show LOST, has been the first actor to sign on for J.J. Abrams new tv creation for FOX called “Alcatraz”.  He’ll play Alcatraz expert Dr. Diego Soto.

The series is about the FBI’s efforts to track down a group of guards and inmates who mysteriously disappeared 30 years ago, then mysteriously reappeared in the present day. 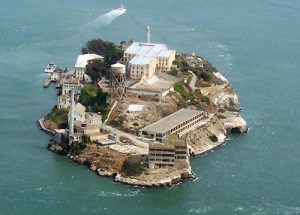 J.J. Abrams will serve as executive producer of the show since he is so busy with multiple other projects at the moment such as: Super 8, Mission Impossible 4, and the Star Trek sequel.

Lost writer-producer Elizabeth Sarnoff co-created the project and will serve as its showrunner should it go to series.

Remember Al Capone and Bumpy Johnson were inmates at Alcatraz.  Maybe we will see them??

Read about the whole story HERE.