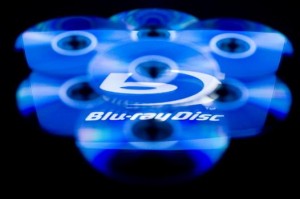 Third week of November already, which means next week will be the big Thanksgiving sale week and I expect tons of stuff to go on sale.  Wow time is flying by.  A few good releases this week, so let us get down to business.  As usual, in this article, you will get some info about the disc and the extras that come with the movie as well as a personal opinion about the movie and a link to purchase the film over at AMAZON where you can save quite a bit of money, and it will give a small percentage kick back to this site so we can continue bringing you excellent stories and sales.

So here again…is another release of the biggest selling film of all time.  Avatar.  The last release, if you bought it like me, was only the movie and a main menu.  That was it.  A complete bare bones release.  This time around, is a fairly extensive collection of features, but not all of it I imagine. Because, in just a few short months, they will be releasing this film yet again on 3-D bluray.  And I bet after that, there will be the 3-D special edition.  But all the deleted scenes on this disc are super cool and worth the purchase.  I do recommend this release, strictly for the cool features, but I do suspect this wont be the last one with features on it.

BRUCE SPRINGSTEEN – THE PROMISE: THE DARKNESS ON THE EDGE OF TOWN STORY (BLURAY)

This is a music and documentary combined giant set on The Boss.  It is spectacular.

CD 1: Remastered Darkness on the Edge of Town

Blu-ray 1: The Promise: The Making of ‘Darkness on the Edge of Town’

Finally, this is coming out individually.  Before today, you could only get this bluray in the trilogy set.  And I have no desire to own part 3.  But this film  was so good.  Sam Raimi did a hell of a job bringing Spidey to the big screen.  It is a true pleasure to watch this gorgeous film again in high def.

Same as the features on the previously released trilogy set.

Just like above this finally came out individually for me to drool over.  I think this sequel was just as good if not better than the 1st film.  Loved every minute of it.  Again, so happy to have this in high def.

Same as the features on the previously released trilogy set.

The best series of all time on its second season.  I just love this show.  No show has come close to bringing us so many unique and captivating stories.

1) King Nine Will Not Return – A World War II captain wakes up in the desert, next to his crashed plane.

2) Man in the Bottle – A shop owner finds an old bottle which contains a genie which grants him 4 wishes.

3) Nervous Man in a Four Dollar Room – A smalltime hood is ordered to commit a murder and when he looks into a mirror he sees himself with courage.

4) A Thing About Machines – A writer believes the machines in his home are against him.

5) The Howling Man – A man finds refuge in a monastery during a storm and finds an unusual prisoner.

6) The Eye of the Beholder – A woman goes through treatments to make herself normal so she can fit into society.

7) Nick of Time – A newlywed becomes obsessed by a fortune-telling machine when they are stranded with car trouble.

8) The Lateness of the Hour – A scientist creates robot servants and his daughter feels a little unusual.

9) The Trouble with Templeton – Templeton is an aging actor who longs for the old days when his wife was alive.

10) A Most Unusual Camera – A couple have stolen a camera that takes pictures of events just a few minutes into the future.

11) Night of the Meek – A drunkard Santa Claus discovers a bottomless sack of toys.

12) Dust – A peddler tries to sell a condemned man’s father a bag of “magic dust”.

13) Back There – A man goes back in time and realizes, he can’t change the future by changing the past.

14) The Whole Truth – A “Model A” automobile compels its owner to tell only the truth.

15) The Invaders – An old woman in an old farmhouse encounters tiny aliens in her attic.

16) A Penny for Your Thoughts – A bank employee flips a coin and when it stands on its end, he is given the ability to read minds.

17) Twenty-Two – Miss Powell has a recurring nightmare (“room for one more”) about room 22.

18) The Odyssey of Flight 33 – A commercial aircraft and its passengers travel back to prehistoric times.

19) Mr. Dingle, the Strong – Martians give Luther Dingle the strength of 300 men.

20) Static – Ed Lindsay hates television, so he gets his old radio out of the basement and it can receive programs from the past.

21) The Prime Mover – A man has the ability to control objects with his mind.

22) Long Distance Call – A boy finds he can communicate with his dead grandmother through his toy phone.

23) A Hundred Yards over the Rim – A man in the year 1847 moving west sets out to find medicine for his dying son and winds up in the future.

24) The Rip Van Winkle Caper – Three thieves put themselves into suspended animation for 100 years after stealing a million dollars worth of gold bars.

25) The Silence – A man is offered half a million dollars to remain silent for one year. The bet is taken and won but with a twist at the end.

26) Shadow Play – A man is trapped in a recurring nightmare where he tries to persuade those who are sentencing him to death that this is not reality.

27) The Mind and the Matter – After reading a book on the “power of thought” a man is able create the world exactly as he wants it.

28) Will the Real Martian lease Stand Up? – State Troopers follow the tracks from a frozen pond to a diner where they find a bus driver and his seven passengers but there were only six on the bus.

29) The Obsolete Man – In a state where religion and books are ban, a librarian is judged obsolete and sentenced to death.

That’s it for this week.  Stay tuned for next week’s column.