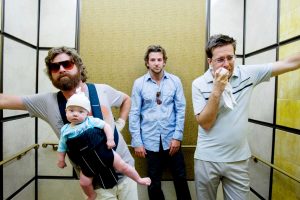 Over the past few months, several interviews with director Todd Phillips and the actors have stated that the setting for “The Hangover 2” will be in Thailand.

It looks like this in confirmed.  Thailand is notorious for having some beautiful women roaming the streets as well as a seedy underbelly full of drugs, murder, prostitution and trans-gender sex.  All necessary things for  sequel to The Hangover.

This is what was said in an interview:

“After a hard night of partying Stu gets really drunk and ends up sleeping with a Thai tranny. The next day the guys have to try and rehash the night and figure out what happened.”