Mel Gibson Will Have Cameo in The Hangover Sequel 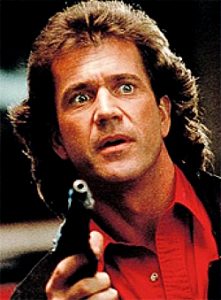 The troubled star whose agency dropped him a while ago, will get another stab at his move career.

Gibson will play  a tattoo artist in the upcoming Hangover sequel.  Filming will be on the Warner Bros. Lot where a Bangkok set has been built since the movie will be taking place in Thailand.  The film will shoot on location in Thailand after a few weeks of shooting on the Warner lot.

“The Hangover” will follow the gang, played by Bradley Cooper, Ed Helms, Zack Galifianakis and Justin Bartha, as they take a boys’ trip to Thailand with a dangerous stop in Bangkok. Asian gangster Mr. Chow, played by Ken Jeong, will also return.

Mike Tyson’s career was boosted by his role in the 1st Hangover film.  He image went from troubled drug user to comedic actor.  I wonder if the same will be said for Gibson.

I’ve always liked Mel as an actor.  I do look forward to his cameo role in this and I hope he gets his guest starring role on AMC’s Mad Men next season.