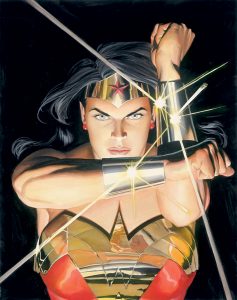 Wonder Woman is coming back  to your TV sets sooner than later.  It will be difficult to replace Lynda Carter.  She had the iconic look and shape that just defined Wonder Woman.

Well writer, creator, producer David E. Kelley of Boston Legal and Ally McBeal fame will be returning to the TV airwaves and bringing us a reboot of Wonder Woman.

A while ago, Joss Whedon was set to direct a big screen Wonder Woman film that took place during the WW2 era, but it never got off the ground.