This Friday the Texas State Fair starts.  This means tons of fried food including, fried frito pie, fried margaritas, fried smore pop tarts, and fried peaches and cream.  I try to stay away from the fried liquids since they are all TERRIBLE.  It is just donut holes with whatever liquid on it.  TERRIBLE.  I highly suggest last years favorite, the fried peaches and cream.  I hear the Fletcher’s Corn Dogs calling my name. 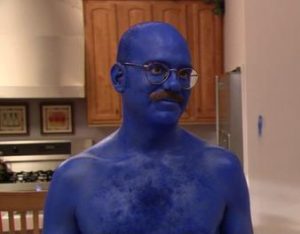 The Blue man Group will be playing this weekend at the new Winspear Opera House in Downtown Dallas.  I fyou have not seen this group perform, it is quite a spectacle.  Highly recommended.

This is the oldest and largest video festival in the nation. The 23rd annual fest showcases a variety of works by regional, national and international video and film artists. Presented by the Video Association of Dallas, it features screenings of about 155 works at the Angelika Film Center. Screenings include independent films, documentaries and experimental works, as well as children’s flicks.

This is a homegrown Pub Quiz modeled after those in Ireland and the UK.

Our quizzes cover everything from celebrities in trouble to local lore to bad television. You can get a feel for the questions we ask by playing a sample round here.

We’re the only pub quiz that has audio questions: “Name that Tune,” and one comprised of soundbites from movies and TV.

Play in teams of up to six or by yourself.