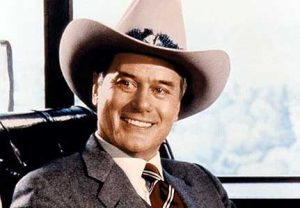 The powers over at TNT cable channel have ordered a pilot episode of a sequel to the old TV show “Dallas”.  The show will focus on the descendants of J.R. and Bobby Ewing.

This is what the press release said: “

Executive producer Cynthia Cidre, writer of the acclaimed film The Mambo Kings and creator/executive producer of the TV series Cane, has crafted an update of the long-running series about the Ewings of Southfork, whose betrayals, jealousies and passions have made them famous. The story focuses on the offspring of bitter rivals and brothers JR and Bobby Ewing, who clash over the future of the Ewing dynasty while the fate of Southfork itself weighs in the balance. This project, based upon the iconic series created by David Jacobs, comes to TNT from Warner Horizon Television.”

I do not think it will be anything like the original show, but i will give it a shot.  I am glad the passed on the idea with Jennifer Lopez to be in the show.  I am curious to see what casting they come with.

What do you guys think?