There Will Be a 5th Resident Evil Movie 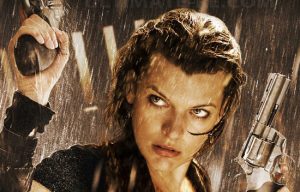 Resident Evil 4 3-D opened at number one at the box office this past weekend bringing in just under 28 million dollars.  It is the largest opening movie of the Resident Evil franchise.

Star of the movie Milla Jovovich told a New York magazine, ““This new Resident Evil is the first one to ever open at No. 1 worldwide. It’s the biggest movie in the franchise, So we’re definitely going to make another one,” she said, adding that director Paul W.S. Anderson, her husband, already has some ideas for the fifth Resident Evil installment, and this time he wants the audience’s ideas, too.”

It seems that the powers that be are taking to Resident Evil fans via Twitter and Facebook to see what the fans want to see in the fifth installment.