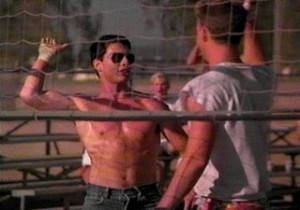 Someone over at Vulture has read the script and said it is a cross between “Top Gun” and “Independence Day” with a hint of “The Last Starfighter”.  The title “EDF” stands for Earth Defense Force.  Not sure if that will stick.  It is supposed to be about Earth’s response to an imminent alien invasion.

Now I have faith in Sam Raimi for the most part.  I will completely forgive him for Spider-Man 3, and Bill Block still has not done wrong.  I’d like to see what Raimi can do with an alien flick because he sure knows how to deal with monsters and demons.

I just hope there is a volleyball scene in EDF.  Top Gun Style.