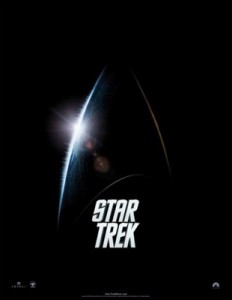 We are almost two years away from the Star Trek Sequel hitting theaters. I am not sure who will be directing the movie yet, but I know J.J. Abrams will be producing and the writers and actors will be back for the sequel.

In an SFX interview with  Abrams and the writers, they discussed somewhat of a possible story line and characters.  Here are a couple of excerpts.

“Kurtzman: Starting at a premise of what you want to see and then working a story around it is not how we do it. You have to start with what is the right story. And that if you can say “That’s a story that Khan fits into”, that’s how you get to that. Not deciding on a menu list of items and then seeing if you can’t string them all together.”

“Orci: Introducing a new villain in the sequel is tempting because we now have this incredible new sandbox to play in. On the other hand, some fans really want to see Klingons and it’s hard not to listen to that. The trick is not to do something that’s been seen before just because you think it will be a short cut to likeability.”

Oh the possibilities.  Click HERE for the whole story.