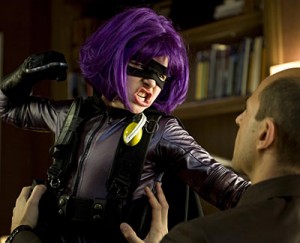 Mark Millar is a name to etch in your brain from now on.  He is the one responsible for bringing us “Kick-Ass”.  He has also written comics such as “The Authority”, “The Ultimates”, “Wanted”, and “Civil War” to just name a few.  He has definitely proved himself to be one of the better writers out there.  And now he is hard at work this very minute on his directorial debut with  a movie called “Miracle Park”.  It will be a superhero thriller.   He also says it will be a cross between “Trainspotting” and  “X-Men”.

Millar said in an interview: “…we’re trying to do a superhero movie with the sensibilities of Paranormal activities and Cloverfield. It’s low budget mostly shot on a handheld camera dealing with superpowers…it is set in the suburbs of Scotland so it feels like Trainspotting meets X-Men.”

“Set in contemporary Scotland, this dark, unique superhero story focuses on a group of animal rights activists who break into a low-level research laboratory to find a mile-long underground base owned and facilitated by the US government…Miracle Park breaks all the taboos of superhero cinema and offers a completely new take on the genre…The movie is shot entirely on a hand-held camera, establishing a tone more consistent with Paranormal Activity or The Last Exorcism than a traditional superhero release.”

“Miracle Park is chilling, violent and a totally new experience in cinema. Miracle Park starts where other superhero movies draw the line.”

Millar hopes to get a trailer out be January.  So far Millar can do no wrong.