Happy 50th to the Flinstones 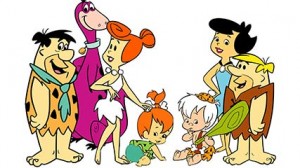 50 years ago today, The Flinstones debuted on television.  For a few years after the show debuted, everyone thought it was an animated imitation of “The Honeymooners.”

Not necessarily a kids show, but a cartoon for adults.

The Flintsones paved the way for The Simpsons, Futurama, South Park, Family Guy, and many others.

So if you can, watch an episode of The Flintstones today and enjoy.