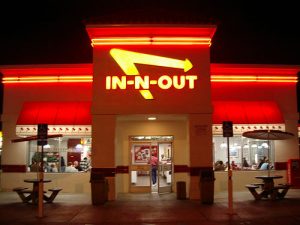 Thanks to a few sources I have the following exclusive news.

In May 2010, In-N-Out Burger revealed to the public that it would be opening a few of its beloved burger joints in the DFW Metroplex. The only location they would confirm was in Garland at Firewheel. We have all been waiting patiently for the unveiling of the other locations. Although there has been no official statement made by the company, there have been rumors that In-N-Out was considering opening up a location in the old Steak-n’-Shake building at 7940 N. Central Expressway.

Well, we now have independent confirmation that the rumors were true! According to City of Dallas building inspection records, the City has approved In-N-Out Burger’s certificate of occupancy application for 7940 N. Central Expressway, located just north of Southwestern Boulevard. In-N-Out Burger is now in the permitting process to remodel the interior of the building. Great burgers are coming our way…and they are only a hop, skip, and a jump from downtown.   -Claire Swann 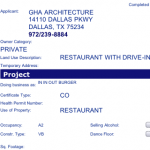