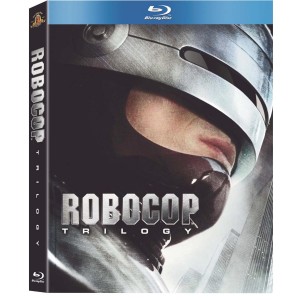 MGM/FOX announced that the Robocop trilogy will be coming to Bluray on October 5th.

If you remember the first film took place in the city of the future which was Detroit, BUT…was all filmed in the great city of Dallas.  Throughout the whole movie you can see the downtown skyline and uptown landmarks.

Hopefully MGM/FOX does not screw this release up.  I am hoping for behind the scenes/bloopers/commentaries/deleted scenes/and interviews from present day with the actors.  Do not make this a bare bones release or …..there will be…. trouble.

No extras have been announced for this release yet.