I recently went to Good Records on lower Greenville and found some excellent used vinyl and some new vinyl as well.  I got: 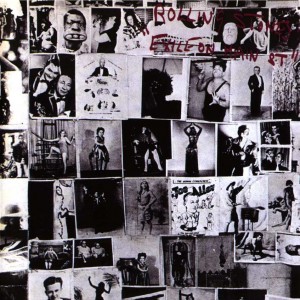 This is a two vinyl set remastered on 180 gram vinyl.  It sounds PERFECT.  I haven’t heard this album in  a long time, and when I first put it on, it was like hearing for the first time all over again.  Every song sounded magical.  New even.

Ventilator Blues, Casino Boogie, Torn and Frayed, and Shine a Light are my favorites on this album.  Blues, Rock, R&B, and Country riddle this album all the way through.

Sadly with the standard edition of this vinyl there are no inserts of any kind and no mp3 free download.  I think for $40.00 that it should have included the download.  I also think that all new vinyl that comes out should include the free mp3 download of the album.  Sadly it does not work that way.  I also did not want to shell out the $250.00 for the mega super awesome edition of this vinyl yet.  Although it includes tons of other goodies.

I highly recommend this album.  I know all of you have heard it before, but the sounds of vinyl are far superior to any cd or mp3 you might listen to.  It is a breath taking experience.

This stand the test of time.

Queen: News of the World (Vinyl) 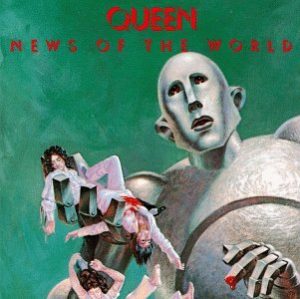 This was in the used vinyl section and I haven’t seen this album often on vinyl.

This album being released in the 1970’s seemed to be stepping towards the Punk scene rather than the later Queen list.

It starts out with two of Queen’s more recognized tracks of the stadium anthem “We Will Rock You” and “We are the Champions” and Mercury’s brutal “Get Down – Make Love” is just pure awesome.

Other notable tracks are the sounds of “Fight From the Inside” and “Who Needs You”.

This album definitely tells you why Queen and Mercury deserve to wear the crown of Rock n Roll royalty.

Oingo Boingo: Nothing to Fear 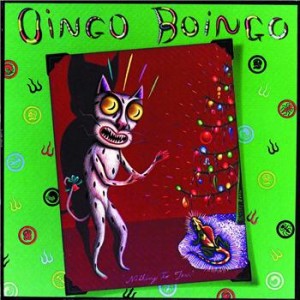 For a time in the 1980’s Oingo Boingo was right up there with top bands performing at the time.  Richard Elfman started this amazing trippy band in the vein of Frank Zappa and Spike Jonze performing unique synth and styles of ballet music and other foreign entities.  Richard Elfman passed on his duties to younger brother Danny Elfman who is known  for his many musical scores in movies, mostly in collaboration with Tim Burton Films and of course the Futrama theme.

If you know nothing about Oingo Boingo, this album is a good place to start.  There is not a bad or soft and weak song on this album.

Songs like “Reptiles and Samurai” or “Running on a Treadmill”, or even the great “Wild Sex in the Working Class” will instantly hook you into loving this eclectic band of the 80’s.

I wish I could have seen them perform live. 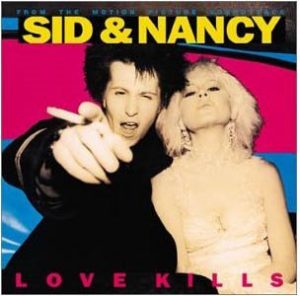 Another gem from the used section, one I have not actually seen before.  The soundtrack to the infamous movie Sid & Nancy.

If you have not seen this movie, go out and see it.  It is a biopic of Sid Vicious, known as the bassist for the band The Sex Pistols.  Gary Oldman played Vicious.  An excellent film and look into the life of Sid and Girlfriend Nancy.

The soundtrack is kick-ass of course.  Joe Strummer, The Pogues, Circle Jerks, Pray for Rain, and John Cale perform on this excellent soundtrack. 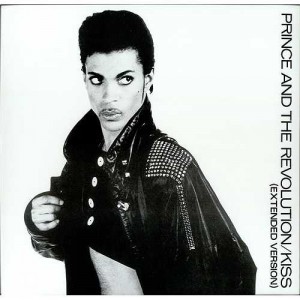 Sometimes when you find Prince’s KISS on vinyl and it is a single, then you know it is going to be a good day.

Not only was it the single of KISS, but the extended version which I have never heard.  I quite liked it.  A couple of minutes added to the original makes room for more dancing.

On side B is Love or Money which is not great but not bad either.  Basically I just got this album for KISS.  Also, there is a picture of 1980’s movie starlet Jaime Gertz on the back cover. Or at least what looks like her. 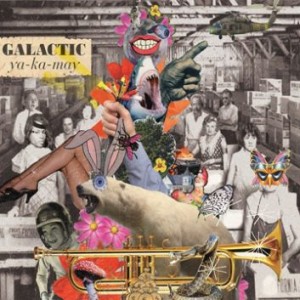 If you have not heard of the band Galactic, then you should definitely treat yourself and pick up one of their albums.  Ya-ka-may is their most recent effort and it does not dissapoint.

You can describe Galactic as Funk rubbed with jazz and soaked in a New Orleans swamp and roasted with blues and sprinkled with hip/hop.

This is New Orleans based so you know this is top notch music making.

The biggest known guests are Irma Thomas, John Boutte, and Allen Toussaint who lend their talents to this album.

“Do It Again” and “Double It”are a couple of my favorite tracks on the album.

Ya-ka-may named after New Orleans street food mixes tons of musical styles that fits perfectly together.  This album is soulful, energizing, and most of al FUNKY.

Galactic is a must listen.