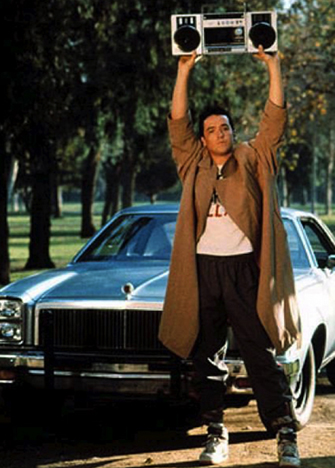 1989 saw a lot of movie releases, but one film truly had lasting power. If you look back over television and movies since then, there is going to be one scene, one action that stands above the rest. A boy holding a boombox over his head, serenading the girl of his dreams with Peter Gabriel’s ‘In Your Eyes‘. 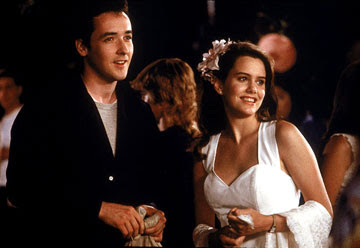 You can’t be a student of film or series TV without ‘Say Anything‘ blaring in your head. One of the most definitive films of the 80’s tells a story about high school senior Lloyd Dobler and his epic crush on the smartest and prettiest girl in his field of vision, Diane Court. Heart-sick Dobler tries to win her heart despite her protective father’s objections. All this takes place in a rather urgent manner as Lloyd only has until she leaves for a scholarship opportunity in England.

Cameron Crowe wrote and directed the picture about an awkward teen boy that just wants to date the prettiest girl in school. Sound familiar? It should, it was the theme for successful 1980’s movies! Of course, there’s a reason I’m talking about the movie now. Aaron Kaplan’s Kapital Entertainment and 20th Century Fox TV just received a script commitment from NBC. That’s right, ‘Say Anything‘ is being taken the way of the re-boot/continuation route. 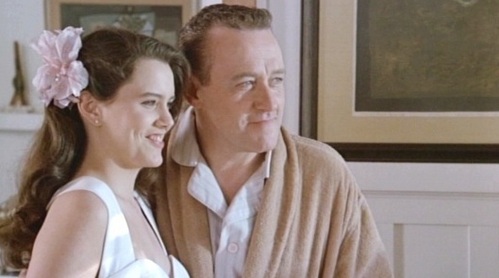 Justin Adler, writer for ‘Better Off Ted‘ is writing the project, which will be set a decade after the film, set in present day (Even though it’s been 25 years since release date, but who am I to point that out?). Lloyd has been dropped by his dream girl and life continues in a less than satisfying way for  Dobler. Then, Diane unexpectedly returns home. Is there a happily ever after for Lloyd and Diane? I’m sure we will find out once the script is approved. No word on possible casting, but I really don’t see John Cusack reprising his career-making character (Dobler) for a TV series. One thing is a definite, I’m going to be reliving my pre-teen years if this one makes it to the small screen.

Looks like they didn’t get Cameron Crowe’s permission before taking apart his movie for the small screen. It seems that it wasn’t news to only the fans, but to the writer/director Crowe, as well.

Crowe took to Twitter to clarify his stance on the project. “Regarding the announcement of a ‘Say Anything’ tv show…@JohnCusack, @IoneSkye1 and I have no involvement…except in trying to stop it.”Cusack made his opinions on the project clear when he was asked if he or Crowe were involved in the reboot when he responded with “Hell no!!”

Angela Lansbury spoke in a public format against   NBC’s plan to remake the classic series, ‘Murder, She Wrote’, as a vehicle for Octavia Spencer to star for the peacock. Her thoughts had no direct impact on the development, however the project did not go to fruition. I am desperately hopeful for the same results. Crowe is one of my most favorite directors and if he is vehemently against it, I’m following his lead.